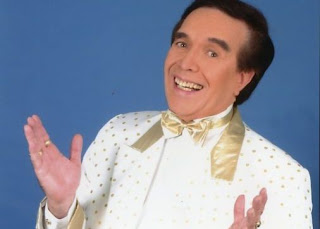 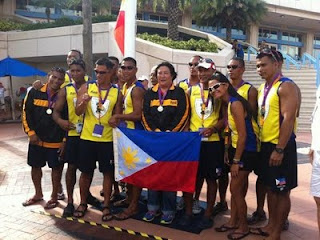 
We, the Filipino people, owe them our gratitude, for their victory is ours as well. It is all the more fitting because of the inescapable irony that they won without any assistance from the government agency whose sole task is to give them that support: the Philippine Olympic Committee (POC).

It is the height of dishonor that the POC has not only refused to officially recognize the incredible achievement of our suffering athletes – these political appointees even had the gall to insult them, calling them old, even accusing them of taking steroids when they cannot even afford to buy multivitamins, much less proper equipment.

This is politics of the most shameless kind. President Aquino, a just man, holds the key to regain our country’s honor – fire those power-tripping POC appointees and make sure that never again will be they in positions of authority, and replace them with men and women of honor, worthy of those positions, worthy of our respect. 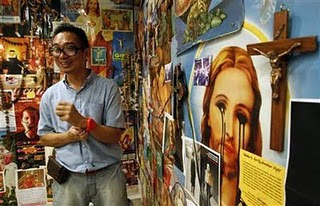 Where Does Blasphemy Begin?

I believe in the freedom of expression. I believe in creative artistry. I also believe that freedom ends where harm to others begin.

I understand that Medeo Cruz’z exhibits at the CCP offended the sensibilities of a lot of people.

But I am not joining the self-righteous moral crusade.

I respect his right and I’m willing to give him the benefit of the doubt about his motives. I will not go to the extent of defending a man I never met but I refuse to castigate him for precisely the same reason.

I’m one of those who can listen to both sides objectively. The public found the exhibit “blasphemous” and it was closed – and Cruz was condemned by Christians.

That should be the end of it.

To pursue this further with legal measures is censorship, which as insidious and mentally primitive as punishing a man without getting his side of the story – all in the name of religion. 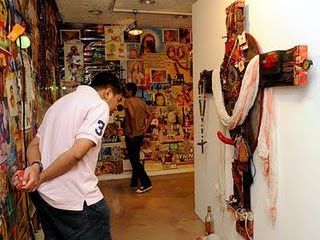 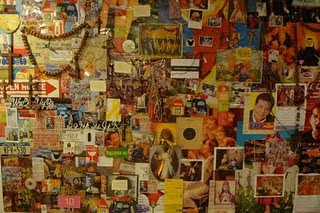 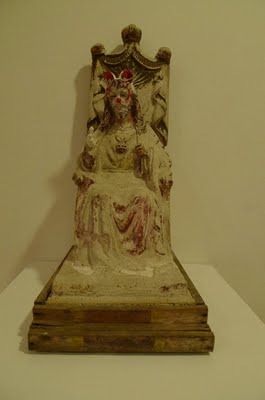 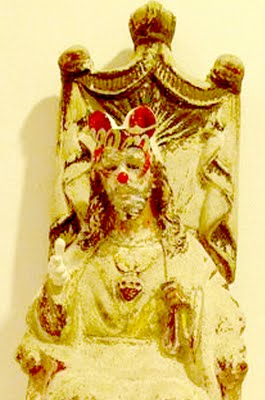 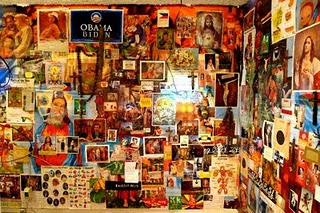 Huggybear salutes Juan Miguel Zubiri for relinquishing his powerful office as Senator of the Republic in the name of honor and integrity.

We all know that the 2004 and 2007 elections have been tainted by fraud perpetrated by election officers Virgilio Garcillano and Lintang Bedol. (See Don’t Blink: How To Win An Election You Lost and Get Away With It).

The flashpoint, the center of gravity, is the impoverished Mindanao province of Maguindanao under the iron fist of the ampatuan clan until the infamous Maguinadano Massacre ( See Who Is Andal Ampatuan Sr. and Why Is He The Pointed Mastermind of The Maguindanao Massacre?)

Bedol has surfaced and the dismissed governor Zaldy Ampatuan is now in jail while his awyers are trying to postpone the trial indefinitely. Bedol and Ampatuan are now revealing what we all knew all along: that the real winner for the 13th slot in the ’07 senatorial polls is Koko Pimentel, not Migs Zubiri – and that the real winner in the presidential election of ’04 is the late Fernando Poe Jr., and not Gloria Arroyo.

I believe in what Zubiri says about not being privy to any cheating, and it’s a matter of public record that he has faced the duties of a public servant honorably. The seat may have belonged to Koko, but Migs has proven equally worthy by virtue of his outstanding legislative track record like the Wildlife Conservation Act, the Cooperative Code of the Philippines, the Renewable Energy Act and a lot more. 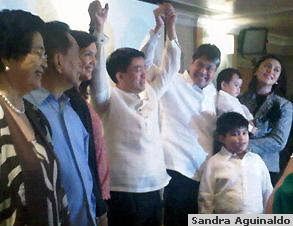 You Can Never Put A Good Man Down

Huggybear salutes Koko Pimentel standing up for his conviction and persevering until he has achieved sweet vindication.

Koko, bar topnotcher of 1995, has been officially proclaimed as Senator Aquilino Pimentel III yesterday, rightfully and about time.

Koko was a guest in Pintig Balita, the DzMM Teleradyo public affairs program hosted by veteran broadcast journalist Vic Jose, last Saturday midnight. It was refreshing and reassuring to know that he Koko already has his legislative agenda all laid out, with clear focus and concrete plans on electoral reforms, raring to go to work to make up for lost time 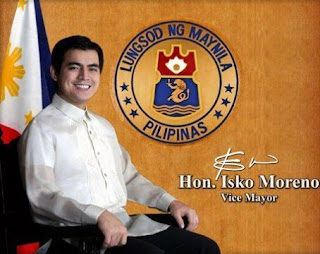 In that same episode of the Vic Jose show, the other guest is another public official whom I highly respect and whom I want to be President someday – Manila Vice Mayor Isko Moreno.

Isko, aside from his highly successful and popular computer scholarship program for indigent students and out-of-school youths, now has established a free pharmacy at his office.  Life-saving medicines are now available for even the poorest of the poor. 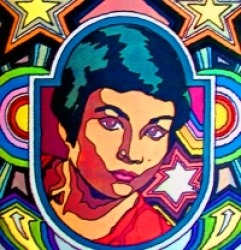 The Return of The Superstar


Nora Aunor is perhaps the finest actress in the annals of Philippine cinema, the incandescent star with the unforgettable performance in the Ishmael Bernal classic Himala – the best Asian film of all time as declared by CNN.

Her stature is phenomenal, commanding the absolute loyalty of her legion of fans from the ‘60s up to today.

She has know the pinnacle of success and the depths of despair, having been arrested and plagued by rumors of drug-taking, gambling, bankruptcy and other bad news.

Are they true? Does it matter now?

She is back from her self-exile in the United States for almost a decade and is now filming her comeback, the historical drama El Presidente directed by Tikoy Aguiluz.

Wishing her all the best, Huggybear is happy that she is showing the professionalism, and soon on the big screen, the brilliant gift of acting that was the signature of the one and only “Superstar.” 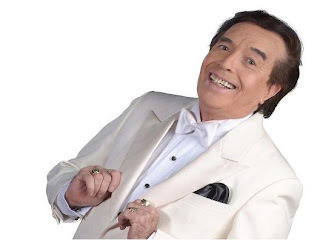 His That’s Entertainment TV show in the ‘80s gave us Isko Moreno and Billy Crawford, not to mention Manilyn Reynes, Jestoni Alarcon, Rachel Alejandro, Janno Gibbs – the list goes on and on.


His GMA Supershow gave us Jean Garcia, Maricel Laxa and more. He has launched the careers of dozens of stars, like Piolo Pascual, Ara Mina, Judy Ann Santos and a lot more.


Today, through his: Walang Tulugan with The Master Showman, he continues his untiring dedication to discover and develop new talents, like Jake Vargas and Hideaki Torio


Huggybear is in awe of his generosity of spirit and selflessness. German Moreno is truly a national treasure! I admire his loyalty to his network GMA-7 and his friend Nora Aunor. When everything seemed finished for “Ate Guy,” there was “Kuya Germs” never leaving her side. That his true friendship, shining bright in the celestial firmament, like a star that guides the path of wise men to the journey of a lifetime.

2Rivers would like to thank the following for our photos

Wow, superb blog layout! How long have you been blogging for?
you make blogging look easy. The overall look of
your site is excellent, let alone the content!

Feel free to surf to my website - Simple Cash Surfer

If you are going for best contents like myself,
only visit this website all the time for the reason that it presents
feature contents, thanks

This is very interesting, You're a very skilled blogger.
I've joined your feed and look forward to seeking more of your
great post. Also, I have shared your site in my social networks!


Here is my web site :: Realm of The Mad God Hacking

Heya i am for the first time here. I found this board and I find It truly useful & it
helped me out a lot. I hope to give something back and help others like you helped me.

When someone writes an piece of writing he/she maintains the image of
a user in his/her mind that how a user can understand it. Thus that's whyy this article is great.
Thanks!

Here is my website You Can Try This Out

Pleaѕe let me know if you're looking for a article author for youjr blog.
You havе some reallʏ good pօsts and I feel I would be a good asset.
If you ever want too take some of the load off, I'd love too write some
articles for your blopg in exchange for a link back to mine.
Please shoot me an e-mail if interested. Thankѕ!

The opposite is true also, as you require a good, heavy sleeping bag
when you are going to be enduring very cold situations.
The Dora games are so much fun that your child will not even realize that
they are learning valuable lessons. The ideal types are the ones that realistically approximate the actions of the entire body throughout a online game.
There has always been some pressure among youth to wear definite style of clothing.
They are sure that it is just a game but as the game progress, the children are actually learning something.