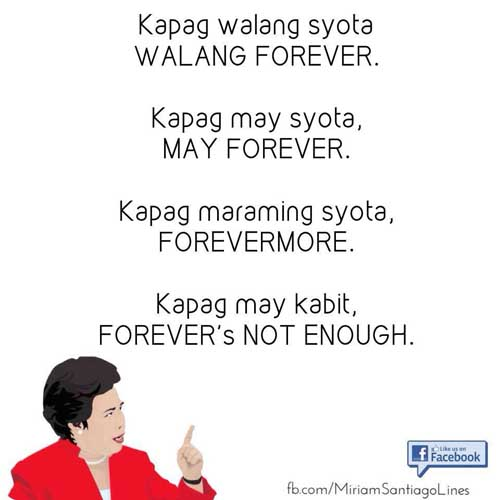 A lot of Miriam jokes are coming my way lately, which is nice. I collected and translated those that I like, so that means no insults about physical looks (which are not even remotely funny) and political jokes (which are funny but tragic because some of them got elected).

I forgot your name – can I just call you mine?


You can sell your house – because you now live in my heart.


Can you recommend a good bank? Because "I'm saving all my love for you."


Are you a password? Because I can't forget you, but I can change you anytime!


Do you sell cigarettes? Because you give me Hope and More!


You used to be his whole world. What happened: he went to another planet?


A person who really loves you is like a good student during exams: even if he finds it hard, he doesn't look at the others.

A father was explaining to his young son the difference between "confident" and "confidential:"


Two friends were in a swimming pool.

"Is it because I'm light?" asked his friend.

"No, it's because you're plastic!"


And my all-time from Miriam: Snow White ate an apple and she got a lovelife. You ate an entire fruit salad, but you still have nothing. Isn't that sad?

Why Palawan Is Inviolable

I'm not sure why the YouTube videos I shared on my Facebook Timeline have all vanished. They include about two hundred songs for my OPM series and stories on some Cinemelaya movies. What hurts me most is losing my conversations with friends on the comments.

I also lost my full story on Palawan because I wrote it on a post with a shared YouTube video, and I didn't blog it. But, as I was telling a friend yesterday, I really tend to look at the bright side, and I'm happy to say that I found a copy of a short excerpt on my online portfolio.

The United Nations Educational, Scientific and Cultural Organization has declared the entire Palawan archipelago of 1,700 islands, covering 1,150,800 hectares, as a "Biosphere Reserve" as mandated by international laws.

The UNESCO has also cited both the Tubbataha Reef Marine Park and the Puerto Princesa Subterranean River as World Heritage Sites. This means they are of paramount global importance and their protected status is official and recognized worldwide.

It is home to 279 species of birds, 400 species of fish, 600 species of butterflies, 58 species of terrestrial animals, 69 species of reptiles, and various endemic species like the pangolin, mouse-deer, bearded pig, birdwing and many others.

Yet Palawan is also extremely fragile precisely because of its unique and wonderful biodiversity. 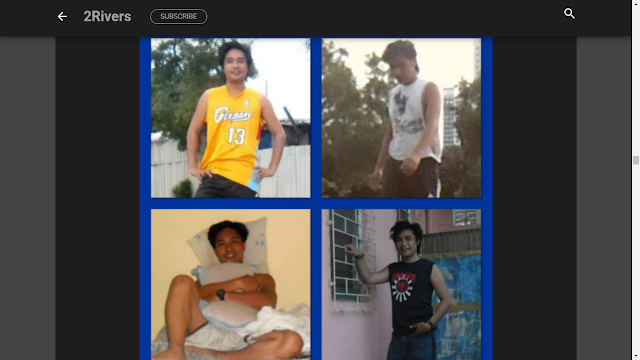 I'm always amazed at what I find when I'm looking for something else. I was checking my e-mail, where I keep all my files as drafts and attachments, and I came across some of my old diary entries. I got goosebumps because I found passages that say exactly what I feel right now about my current workplace. This is spooky – but in a good way.

October 7, 2012. Four things why I know I'm not insecure: I don't like gossip, I don't suck up to so-called authority figures, I'm not desperate to impress others, and I'm genuinely happy for other people's victories.

September 28, 2013. I never expect more than I can give. Friendship is sacred to me. I would have taken a bullet for a friend, like the line from a movie. N and J, two of my closest friends, have given me the same counsel: I shouldn't expect others to be like me. I don't. It's just that I can't understand why some people don't even care about doing what is only right and fair.

October 2, 2014, text to a friend: What is most important is that your conscience is clear. At the end of the day, that is all that matters. Your friendship with them remains steadfast after all these years, and you have become a part of their lives as they are to yours.

November 8, 2015: The universe is guiding my life to take a new direction. I only know I have to follow this road because my soul needs to be where it will lead me. Yet the smile in my heart comes from a deeper place. A friend had just asked why I seem to have no problems. I told him that happiness is not a physical object like an apple or a baseball glove, so it is not a matter of having it or not having it. Happiness, I said, is a choice. You choose to be happy. You claim it as your birthright because you are forever connected, like two rivers to the sea, to your infinite Source.

Our company owner asked me if I can name all of Santa's reindeers. "Rudolph," I said, "Dasher, Dancer, Prancer, Vixen, Comet, Cupid, Donner and Blitzen!" I know them because I just recently made a recording of "A Visit From St. Nicholas."

There is another one, he said, and he'll give five hundred pesos if I can tell him who that is. I quickly Google-d it: I got them all and there was nobody else. I was intrigued.

"That's Popeye's girlfriend," I told him. "You know, the one with no boobs?"

"You haven't heard of Olive, the other reindeer? he grinned.

"Ah!" I smiled, and began to sing: "Olive, the other reindeer, used to laugh and call him names! They never let poor Rudolph join in any reindeer games!"

On our Christmas exchange gifts at the office, we also had small kris-kringle gifts with a different theme every week. The first was something that starts with "i" – and I got a stack of index cards. There was a note with a smiley: "Enjoy!"

I've no idea how to enjoy a bunch of index cards, so I gave them away. It could have been worse: One of my co-workers received itlog (eggs). Yet it gave me the inspiration for a knock-knock joke which I inflicted on a friend:


"Rudolph the red-nosed reindeer, had a very shiny nose, and if you ever saw it, you would even say Itlog!"