The Cathedral of Monte Cristo (Episode 12) 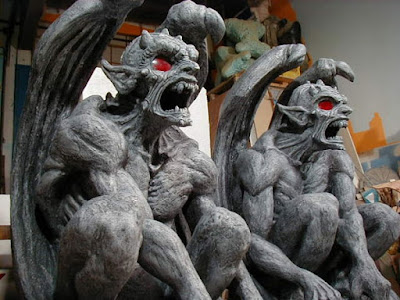 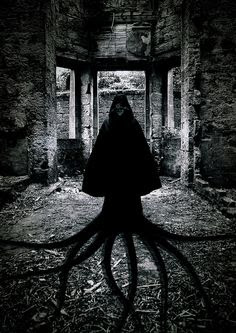 The stranger was looking at the cross with a bemused air.

Telesfora turned to him. "Pardon me..."

"My name is Alfonzo, madame," he bowed politely. "I have come for the confession," he added with a meaningful look at the priest.

Telesfora felt something dreadful was about to happen. For the first time in her life, she defied a man of a cloth. 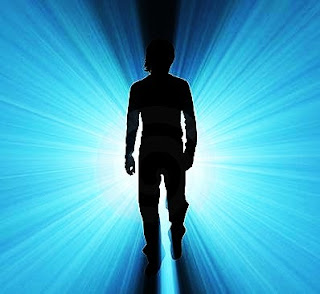 The boy learned that he was in The Black, the realm where people go when they die.

He found out he was murdered by the spirit of a powerful Macedonian warrior named Damon who had telepathically commanded a speedboat driver to collide with him.

Foley is now a spirit who can come and go anywhere in a blink of an eye.

My Favorite Song From Roger Daltry 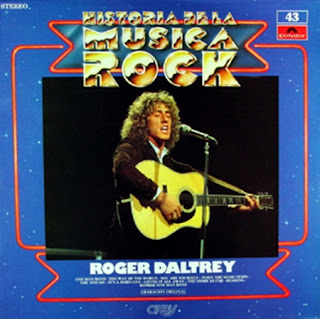 The Cathedral of Monte Cristo (Episode 11) 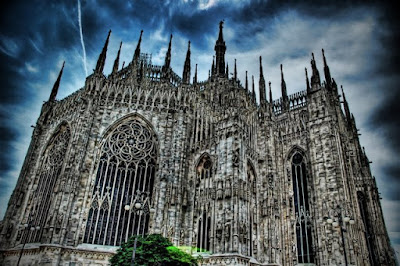 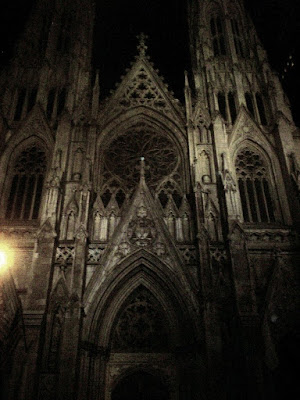 An old woman came running towards them.

The priest was overjoyed to see Telesfora, the widow who had dedicated her life as a volunteer church worker.

"Padre!" she said as she helped him get up. "What happened?"

The priest and his mysterious visitor looked at each other.

"A mouse?!" Telesfora was shocked. "Oh my Lord!" she crossed herself.

"It's alright," assured the priest. "You can go home now." It's as if somebody else was dictating his words. He looked at the intruder. 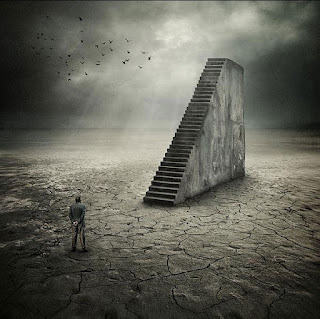 My mind is still on Cooper Foley, the young hero of D.J. MacHale's Morpheus Road: The Black which I just finished reading last night.

Cooper had been lying on his back on his boat, looking up at the stars, like I always do when I'm on the sea floating on the water.


The next thing he knew, he was in his hometown, in daylight. He was overjoyed when he saw his grandfather. Then, with horror, he remembered that his grandfather had died years ago.

My Favorite Songs From New Edition 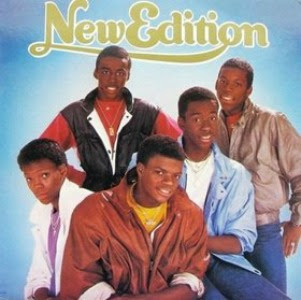 With You All The Way

The Cathedral of Monte Cristo (Episode 10) 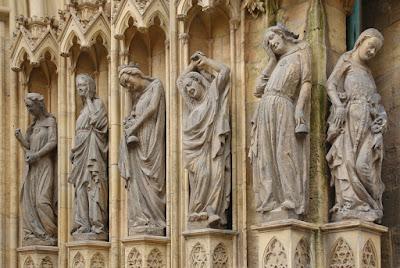 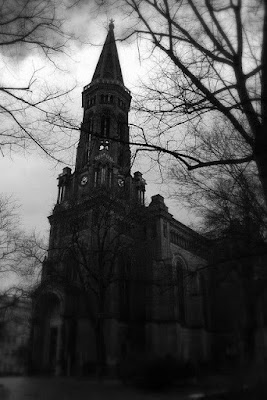 At that same instant, he was immediately surrounded by what sounded like the cries of countless souls; from the walls can be heard the lamentations of those drowning in the fires of Hell for all eternity.

He covered his ears, feeling he was about to die of sheer fright. Untold millions of dead people are calling out to him for their salvation. Or for his own condemnation.

Padre Amidala was ashen, shaken to the core. He struggled to get up. When he looked behind him, he screamed and fell again.

A man was standing over him., his cape the color of a deep grave.

"Who the hell are you?" demanded the priest, his voice pitched higher than normal. "W-What are you?"

Padre Amidala crawled backwards. There was something strange in the intruder's teeth. 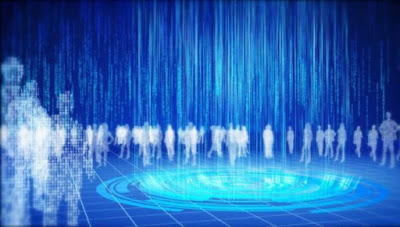 It drizzled a bit as I was cooling down from my open air workout earlier.

At dawn and did yoga and calisthenics on the park behind where I presently live, as is my weekend ritual.

I then went to the market for my usual breakfast fare of bananas and chopsuey. Then it seriously rained and I took shelter in an Internet shop, listening to the audio recordings of Esther Hicks as she channel the entity Abraham while watching parkour videos.

When I got out, it was still raining. As I stood under a sidewalk roof, I amused myself by wondering what would happen if I teleported to my house: those who would see me vanish will probably freak out. I can do it when I'm in my astral form, but then again, nobody will see so it's safe.

My Favorite Songs From America 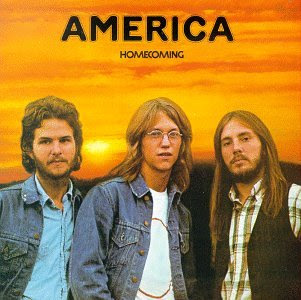 Right Before Your Eyes

A Horse With No Name

You Can Do Magic

Monte Cristo (9) and Fortress of Solitude (3) 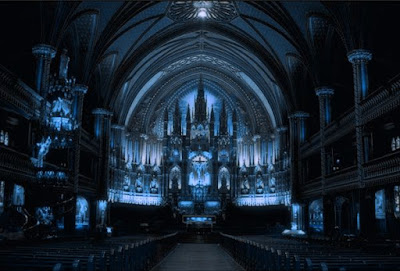 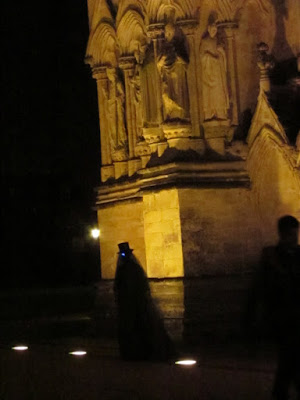 He expected to be free from the temptations of the flesh because he was now under the protection of God. But he was wrong.

Suddenly he was freezing.

Padre Amidala felt his entire being gripped by the tentacles of unfathomable terror. The priest began to be afraid, not only for his life, but for his immortal soul.

He ran to the cross, his mind screaming a desperate plea - when the statue of Christ opened its eyes and nailed him with a penetrating stare.

The priest screamed in pure horror, and fell on the marble floor. 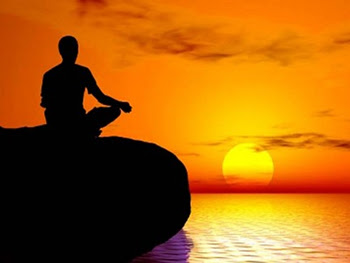 My Own Fortress of Solitude

I also knew intuitively that the answers I was seeking are within me all along, like a diamond under a mountain.

My place of meditation is in my mind, like the teacher said in Eat, Pray, Love, one of the movies I was watching earlier this week while unwinding from work.

I'm like the spiritual traveler in that story: I'm also going through some things I needed to sort out for myself. We are on a different itenerary but on the same spiritual quest: trying to once again find that sense of being a part of something more than the world. If I can only brush away the unwanted elements from my heart, then the infinite intelligence of the universe would rush to fill the empty space with the joy and peace that is my birthright as an eternal being.

My Favorite Song From Deniece Williams 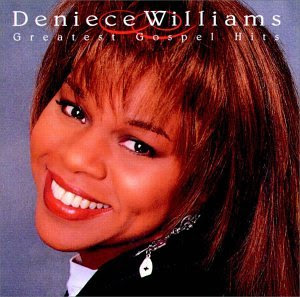 Monte Cristo (8) and Fortress of Solitude (2) 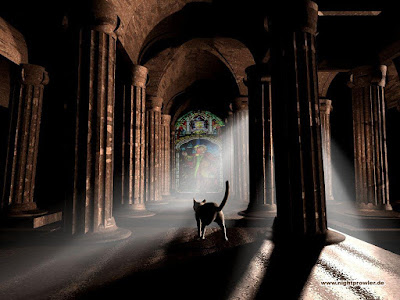 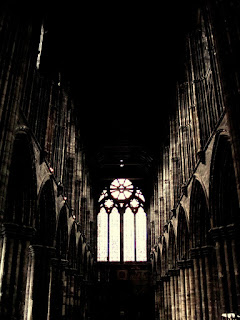 The priest was standing alone in the altar. It was midnight, the time when spirits from the netherworld are said to roam.

Padre Amidala was gazing at the writhing man spiked on a sixteenth century narra cross.

Rushing back in his memory were the words of his father from his deathbed: "Johnny, be good."

His parents' most cherished dream was for him to enter the priesthood. Now, he's a full-pledged Man of God.

"If you can see me now," he whispered in nostalgia.

It wasn't as easy as he had thought, especially on ... certain times. 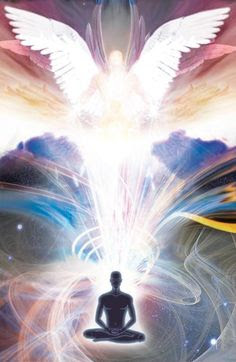 My Own Fortress of Solitude

"And touch infinity?" I joked.

"You will if you let it come," he said seriously.

"Are you allowing it?" he asked.

I felt the jolt from a spark of insight. I wish I could say it was a blinding light of mystical illumination. My mind raced through the heaven and hell I've been through, and how far I had come. I suddenly realized that "heaven" and "hell" are only what I choose to believe them to be.

Fortress of Solitude
Scene from Superman The Movie