My Vision of Tomorrow

Saturday Stories
August 26, 2017
I see a future where all those who are power are worthy of it. Perhaps I may not live to see it through my physical eyes, but there also won't be those who create a culture of impunity with their utter disregard for due process and the rule of law, who ignite the fires of racism and hatred by their isolationist and divisive rhetoric, and who are pushing the entire planet to the brink of a nuclear holocaust.

I see a future where the protection of Mother Nature is more important than any profit to be gained by exploiting and eventually destroying her, where people can create their own decent livelihood by providing service to the public without being blackmailed and shut down by corrupt government agencies, where people would finally stop trying to dominate and exterminate their fellowmen in the name of religion.

I affirm a future so beautiful that words cannot describe it because I understand the laws of the universe. We attract what we focus on. That is why Mother Teresa never joined any anti-war protests – but she was there in every peace march in body or in spirit.

A friend once told me that his father's favorite song is "Ebony and Ivory" by Paul McCartney and Stevie Wonder. For him, it's just one of those hits from his dad's era, and he was surprised when I shared with him its true significance: the black ebony and the white ivory keys in a piano exist together in peace, and they need each other to they create beautiful and timeless music. Why can't we human beings do the same?

John Lennon's "Imagine" has been radically interpreted as a call for anarchy when the message is the complete opposite: a world where everybody accepts everybody else as brothers and sisters in the family called Humanity.

This is the same dream that inspired Mahatma Gandhi, Martin Luther King Jr., Nelson Mandela and the millions of decent men and women of many generations who continue to dream and believe in a better world.

It all begins with the individual. We can learn to let go of the hate that divides us, one thought at a time. "Let there be peace on earth," as we used to sing in church choir, and let it begin with me..."

Let There Be Peace On Earth
Vince Gill

The Rainbow Colors of Life 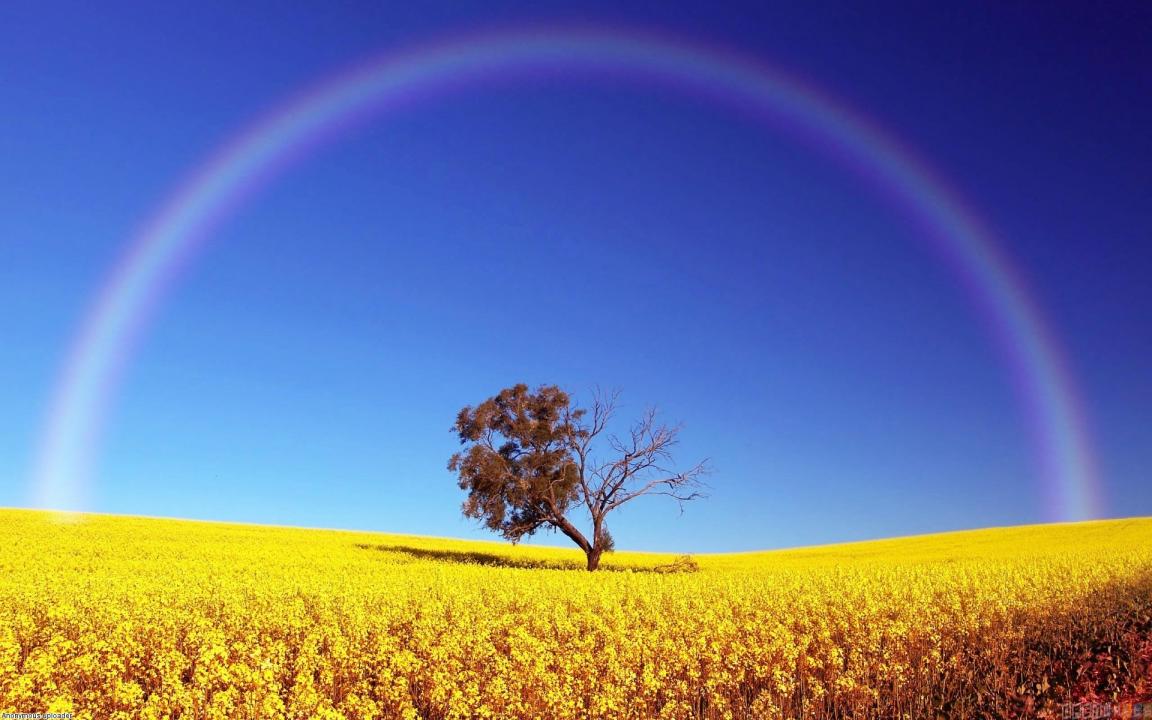 One of the countless things I'm grateful for is having an authentic sense of self-worth. The mere fact that I exist, as I learned from my nonphysical teachers Abraham and Bashar, means that I'm inherently worthy in the eyes of Creation.

Having said that, I also accept that I live in a society surrounded by people who are better than I, some because they really are in any given outer aspect, and some because they want to feel they are better than everybody else just so they can feel good about themselves.
I'm perfectly fine with that since I don't feel inferior anyway. What is even more significant is that I don't feel the need to bring other people down to raise myself.

You can spot the insecure a mile away. These are the racists, bullies, gossipers, paranoids, bureaucrats, power-trippers, back-fighters, the self-righteous, the people who spread malice and intrigue. A person who is far from alignment from is true being has an unstable self-esteem and tends to feel defensive, and so he lashes out with the very emotions he wallows in – contempt and hatred.

When I encounter them, I immediately close them off. If there is one thing I learned from having seen the dark side of human nature, it is that what a person does to others, he will do unto you. In other words, if he talks badly about somebody who is not there, then he is perfectly capable of doing it to you when you're not around.

So, here I am, feeling neither inferior nor superior to my fellowmen, but I also don't insist that we are equal in the physical world either. I have met people who are famous, wealthy, powerful and influential, yet I never felt diminished, not even an iota, in whatever way.

This is why my appreciation for the achievements of my fellowmen is genuine. I'm not a lesser person just because somebody else is more this or more that. To me, people are just different from each other and there's no need to even compare them, and I rejoice at the diversity of this beautiful and multicultural kaleidoscope world.

Where You Are Is Not Who You Are

The subjects of food, diet and weight came up while talking with a friend earlier this week. I told her there's no need to feel self-conscious since nobody notices anybody anyway – because everybody is looking at their cellphones.

I gave her an analogy as a way of sharing my own perspective. This is what I said:

Let's say, coming from here, you are going to up north to Bantayan Island. Naturally, you would eventually find yourself in one of the towns along the way, say, Danao.

No, you don't say that. Why? Because you know you are just traveling. Where you are at any given time is just a place you're passing through.

Yet that is precisely what most people do. They take a snapshot of a moment and they think that is their whole life.

Take your body. You have a different body when you were born, when you graduated from grade school, from high school and from college. Your body is constantly changing.

In other words, your physical appearance continues to change, so why do you think it reflects your worth as a person?

Also, think of a time when you are really down, like when you were broke or when you broke up. Do you think that episode defines you who are as a person? Of course not.

And then, you will discover that there is a new chapter, and another, and another. Life is a series of exploration and new discoveries. It never ends. The fun never stops.  Might as well enjoy it.

Photo courtesy of PhotoCase.com
By Jonathan Aquino No comments:

We Are Spiritual Beings

Just when I thought that things just couldn't possibly be better because of the incredible events of the past few months, I got blown away from the avalanche of wonderful new things during the past week alone.

Wednesday was a touchstone in my professional career and my love life (which I never share with the public), and then culminating in a poignant yet happy dream about someone who was close to me who had died that same night.

Then came Thursday and Friday when I'm completely offline and out of the loop. In other words, those are the days where I cease to exist.

I came back online earlier after a week. There was some news that seems to represent the full spectrum of human emotions.

One is a distinction. One is about a promise to keep. And one is the news about the death of an aunt who has been a like a mother to me.

It was a reminder of how beautiful life is precisely because of its fragility, and it's been there all this time even I hadn't known about it until now.

I dreamed of her last Wednesday night, which was apparently when she passed away.

It was a lucid memory of the time we went to town to get my first eyeglasses. I was almost thirteen. The optometrist said I was 275 on both eyes.

Then she bought me halo-halo and palabok noodles, and then we went to the market. It was the only time she and I were together, just the two of us.

I still remember her favorite song, "Somewhere Out There" by James Ingram and Linda Ronstadt.

She cooked the best macaroni salad in the world. I came to live with them after graduating from grade school, and I remember my first birthday there when she cooked a whole chicken on a Turbo Broiler. I still recall being touched by that gesture.

Perhaps the timing of the dream was just a coincidence. That evening, I went home and just collapsed on the bed after being awake for more than 24 hours.

Perhaps it is also coincidence that, despite my physical exhaustion, I was awakened by a bright light. I just groggily grabbed a shirt and blindfolded myself before shutting down again.

This much I know: the dream was a dream – but the light was not.

I have another aunt who has also passed away earlier this year. I've also been dreaming of her, as I wrote to a cousin, "but they are happy dreams."

"Only her physical body is gone," I continued. "On many occasions in my dream state I've even talked to Mama [our grandmother], Mama Bai [another aunt] and two of my most loyal friends who have both re-emerged into the nonphysical."

"In a higher sense, what we call death is just a transition into a more expanded awareness."

"Those who have crossed over are still here but on a different frequency. They have lost their human foibles and emotional baggage. There is absolutely nothing on the Other Side except pure unconditional love and bliss beyond our finite minds."

"Those who faced near-death experiences know this personally, and they are all reluctant to return here because it is so beautiful there, but they cannot find the words to describe it. But most important, they are not afraid of death anymore because they now know there is nothing to fear."

"I know exactly how it feels to lose someone who mean the world to me. But I have come to realize that our true nature is immortal."