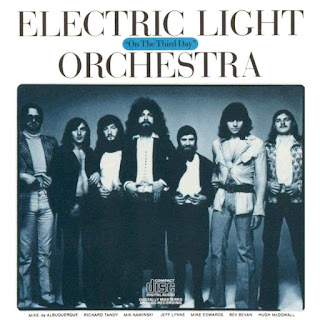 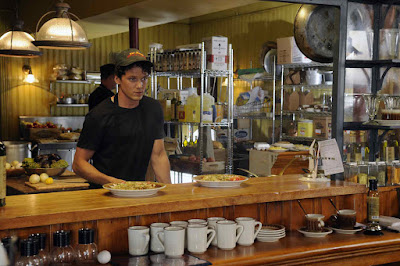 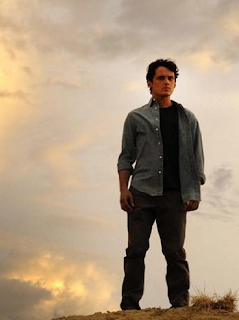 I watched Odd Thomas and I found it a struggle to avoid comparing the movie to the book. I just finished reading it the other day.

As a reader I was deeply moved and as a writer I was really impressed with its effortless grace. I've read a lot of Dean Koontz's novels and this is what I liked best. I like Anton Yelchin as Odd. The film is fine on the main elements except for Odd basking in the media spotlight which is totally out of character.

I think the people behind the film are not aware of how deep the story really is. They didn't include Terri, the owner of the restaurant where Odd works as a short order cook; and they reduced Odd's mentor Ozzie to a tasteless cameo. These are two of Odd's emotional and psychological anchors. I had John Goodman and Michelle Pfeiffer in my mental movie version. I would consider it a great privilege to have people like them in my own life.

I can relate to the way Odd has created a simple and quiet life for himself. He is surrounded by people who love him even if he is different from every else. 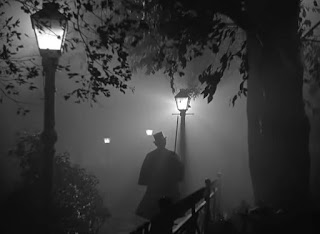 It was Friday the 13th as I was reading Robert Louis Stevenson's 1886 horror classic Dr. Jeckyl and Mr. Hyde near midnight of February 2015.

"The creature who crept into my house that night," as Lanyon wrote to Utterson, "was, on Jekyll's own confession, known by the name of Hyde and hunted for in every corner of the land as the murderer of Carew."

My Favorite Song From Stonebolt 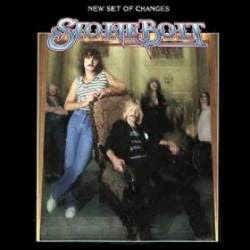 I Will Still Love You

A Lesson From Abraham Hicks 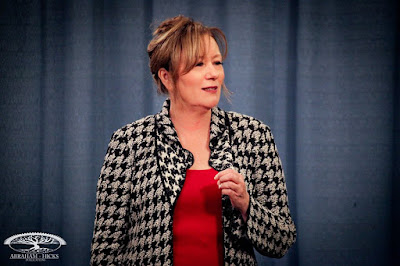 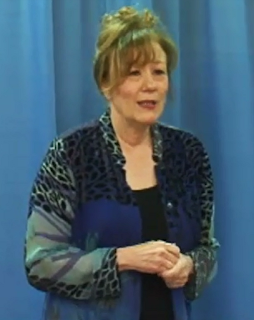 My priority from now on is to find alignment with the source energy of the universe. I'm a soul. I'm a being of vibration. I won't even think too much about it anymore. If I concentrate on what I want, it brings my vibrations to the fact that I don't have it.

I will just let them come as I release all negative vibrations that are holding them back. This is the lesson I'm taking in today from Abraham after listening in to one of Esther Hicks' seminars as I went online to unwind.

I've published the original version of my short story "A Thousand Summers" as a series which will appear every Saturday. Today is the third episode. My video streams of my favorite songs from The Beatles, the Across The Universe series, will run every Wednesday starting this week with "Here Comes The Sun" as the opening song.

I watched the Filipino films Lola (about an old woman in a world infested with zombies) and Siopao (about a young man who teaches a little boy how to read) from the Asian short film site Viddsee.com. I stayed long enough to refresh my spirit with inspirational videos but not too long as to overwhelm my mind with sensory overload. 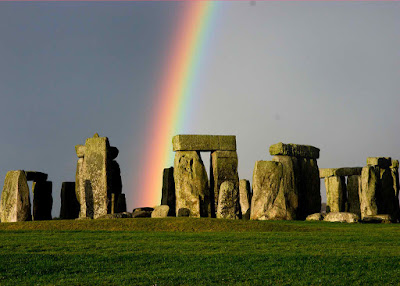 I was at the public library on Jones Avenue again yesterday. I sat on one of the sofas as I read the Reader's Digest Into The Unknown classic coffee table book

I remember first reading it when I was in grade school. It is actually one of the reasons for my lifelong study of the paranormal.

Instead of ghosts and witchcraft, I focused on mystical healing, reincarnation and out-of-body experiences. In the stories on mysterious ancient monuments, I felt the familiar emotional resonance whenever I see images of Stonehenge and the gigantic statues of Easter Island.

My Favorite Song From City Boy 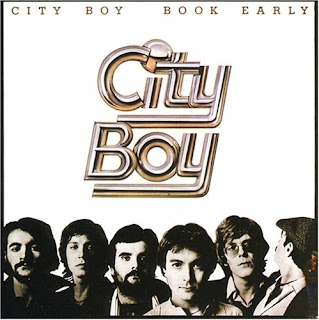 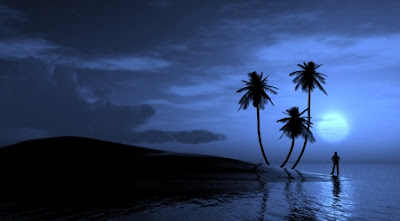 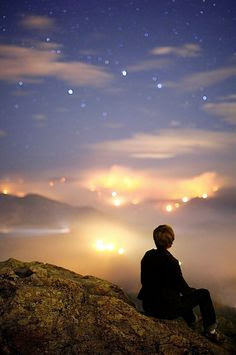 When people ask me why I left the capital and chose to live in the province, I would always say it's because "angels brought me here."

That is the truth in the highest sense. There was somebody who popped that question just when I was feeling introspective.

"I was looking for something and I found it here," I said simply. "Then I decided to stick around. I made new friends. I got a house in the city. I found a job and here I am."

They thought I was talking about finding romantic love. That would come later. What I really meant was that I found healing for my emotional wounds.

I felt it as I swam far out alone in the sea every night. It was a sense of knowing that I have in me the spark of the divine from my Creator, that my inner being transcends the pain I was going through at that time, and that I can rise above whatever else that will come my way. 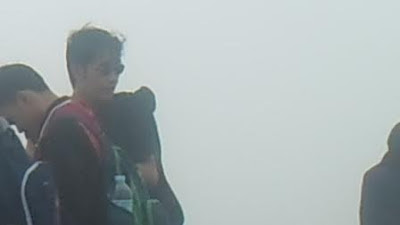 I asked my Higher Self why people are so greedy. I seemed to have lost our telepathic link. Or my mind is too clouded to hear him.

I just got some of my other stuff from my apartment. The former landlord has opened my room even though I'm paid until June. I asked for the money he borrowed but he said he's still waiting for the new boarder to pay. He can't understand that he can't give the room to anybody yet. He cannot even see that and I transferred because I'm so disgusted by his greed.


I believe the human race is worth saving if it's on the brink of destruction, like a zombie invasion similar in World War Z, but it's an entirely different thing to expect people do what is right all the time, and to be emotionally dependent on their actions as the basis of your inner peace. There will always be those who just give humanity a bad name.

My Favorite Song From Michael Cretu 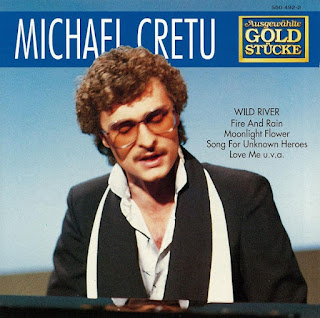 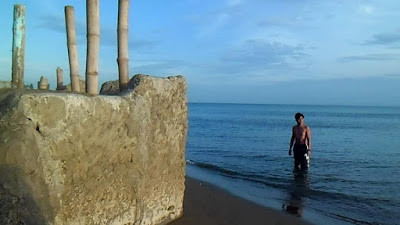 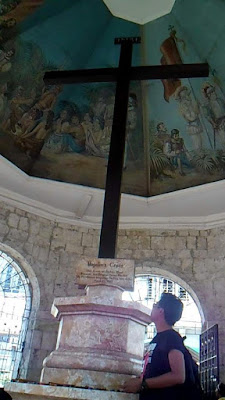 That night, I sat at the park in Ormoc, stunned by the unbelievably clear water of the bay. It has been more than a decade after the tragic flood that almost decimated the entire town.

I bought a balut duck egg from a young vendor. I remember always eating balut in the early 90s in Novaliches when I first began living on my own. I was then 14 years old, immediately just before I worked as a waiter in an all-the-way club in Sapang Palay where a dancer almost twenty years my senior initiated me in the ways of the flesh.

I arrived in Cebu, the final destination for my magical mystery tour, as dawn came. A new day in a new land!

I went to Cebu for pure wanderlust but it has become more of a spiritual journey. I fell in love with the place. Nothing spectacular; there's just something that made me want to stay longer. At the same time, I also had semi-new painful experiences that I swore will never happen. I won't go into details but I have to write that down because this was a significant turning point in my life. 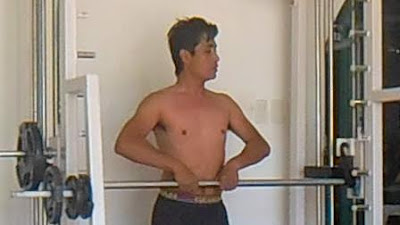 This is the last day of my membership at the gym and I made the best of it. I start on my last office gig this coming Wednesday. As soon as I get settled I'll find the right place to build my shop with my own gym and recording studio outside the city.

I bought six books today: My Twelve Years With John F. Kennedy by Evelyn Lincoln, Echoes From Medieval Halls: Past Life Memories From The Middle Ages by Barbara Lane, An Outline of American Geography by Earl N. Mittleman, The Human Zoo by Desmond Morris, I Remember Bud Wilkinson by Mike Towle and Chicken Soup For The Golfer's Soul by Jack Canfield, Mark Victor Hansen, Jeff Aubery and Mark and Chrissy Donnelly. I'll wake up at dawn tomorrow and run then I'll spend the entire day at home and read.

My Favorite Song From Norman Saleet 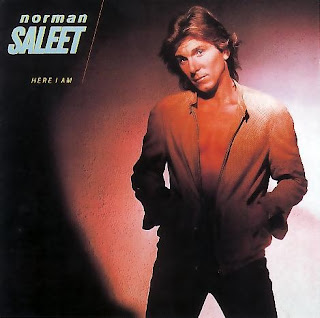 This Time I Know It's Real