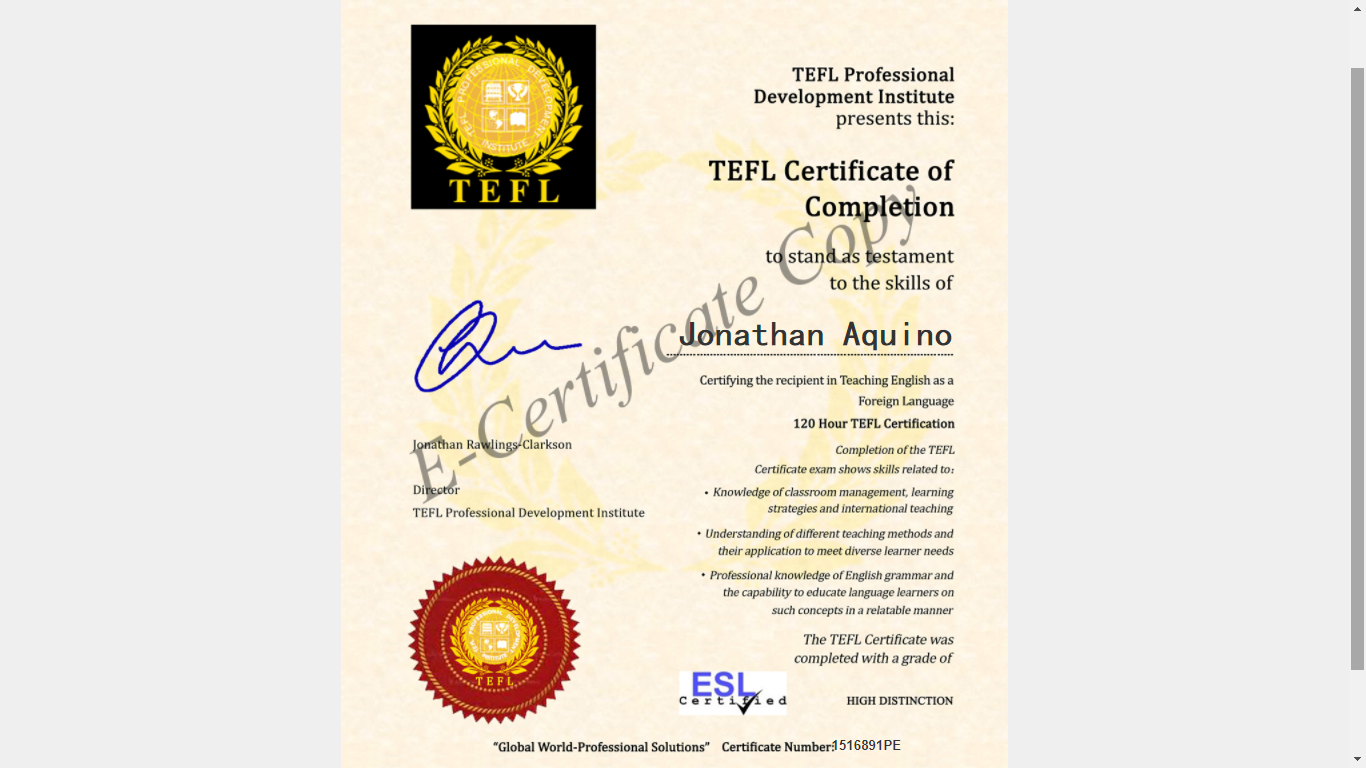 I got my TEFL (Test of English as a Foreign Language) certificate about a week ago. It means I can now teach anywhere they speak something else.

Since I now have more options, it made me realize how much I'm enjoying my life now so I don't want to change anything at the moment. I'm blessed because I don't have the need to make drastic transformations to feel fulfilled.

As I write this, I'm singing "Please, don't tell let this feeling end..."

Although I've handled an entire class when I was with TeleTech in the mid-2010s and really enjoyed it, I prefer a more intimate, one-on-one conversation. Like I told a friend recently, I'd rather be in a coffee shop with one person than in a bar with a crowd.

The first time I taught ESL (English as a Second Language) was in a South Korean school in Quezon City during the early 2000s. In most afternoons, I would always find myself at the Sunken Garden at the nearby U.P. Diliman campus with my sketch pad.

We had our own classrooms with a glass wall, like in Children of A Lesser God where William Hurt plays a teacher. I love those movies with teachers as the hero, like Dead Poets Society with Robin Williams and The Emperor's Club with Kevin Kline. I should add The X-Men saga because Charles Xavier is also a teacher.

We created our own lesson plans. I work best if I have the freedom to be creative, so I would incorporate the TEFL predecessors TOEFL (Test Of English as a Foreign Language) and TOEIC (Test Of English in International Communication) lessons to our own exercises.

Instead of the usual textbooks, I would bring my own materials. I would have them read Reader's Digest,  then we would talk about those stories. I would give them photocopies so they can underline unfamiliar words, write notes on the margins and study them at home.

They also read the "Laughter, The Best Medicine" section and I would watch if they get the joke – which is a really fun way to measure comprehension.

I want them to gain confidence in speaking, so I let them do the talking. I'd ask questions, from everyday stuff like "Tell me about your favorite Korean movie," to more thought-provoking subjects like "Who do you think built the pyramids of Egypt?"

My purpose was to two-fold: to make them think more deeply, and to make them excited to share their own thoughts – and it worked like a charm.

It is pure pleasure to be with young people who are eager to learn and leave their egos at the door. And if you have a teacher who knows what he's doing, and who is secure enough to even want his students to exceed him, then it is going to be a wonderful learning experience for both of them.

Get Your TEFL Diploma at TheTEFLCertificate.com/freeteflcourse/ 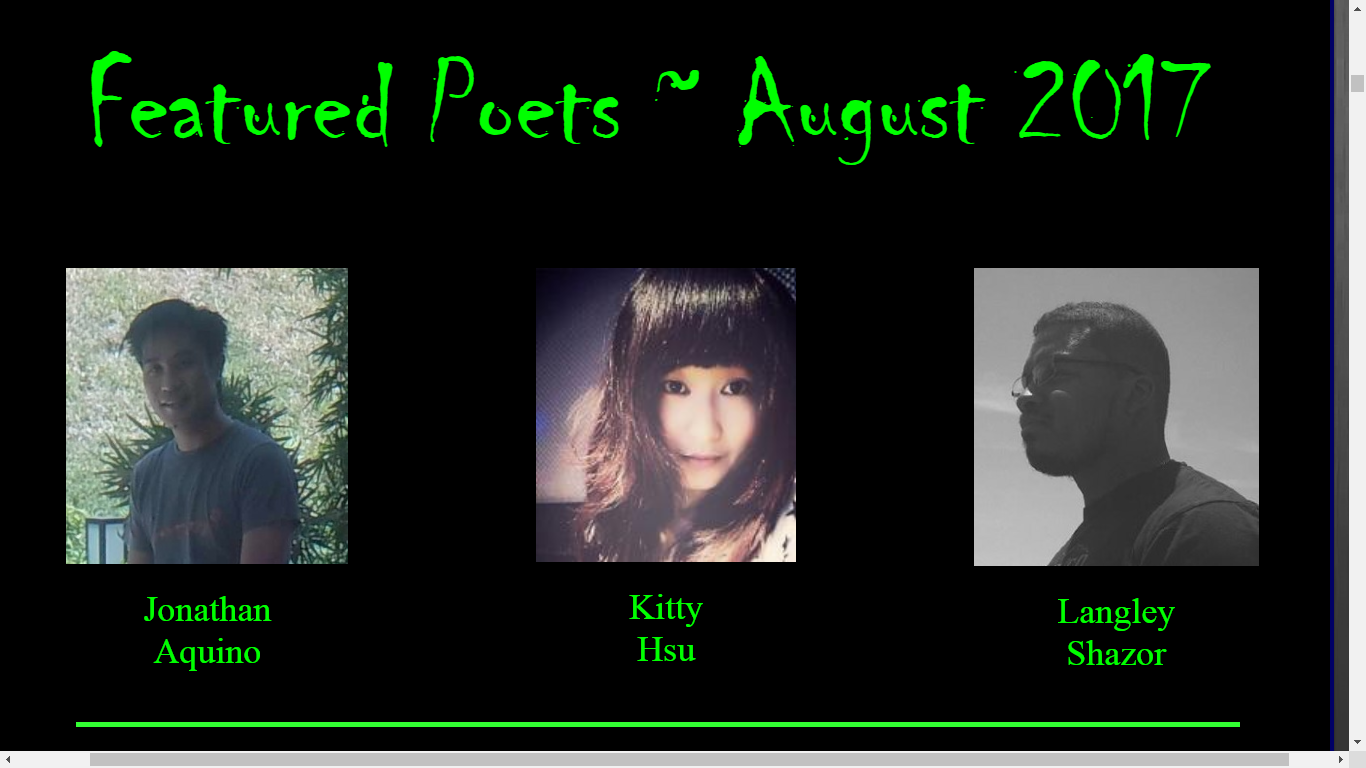 An image of a farmer is on my mind. I feel like I'm standing over fertile soil, waiting for the rich harvest.

There is the anticipation of what is to come, and the satisfaction of a job well done.

Perhaps this is how Ray Kinsella (Kevin Costner) felt in Field of Dreams.

I mean that as a metaphor, though I've lived on a farm in Bulacan in the mid-2000s. A friend took me there me because he was alone and lonely, which was ironic because when I go out into the woods, alone, I was so happy.

I wrote a poem while I was there, "Beginning Today." It was inspired in part by the Agot Isidro classic, one of my featured songs this week along with Erik Santos' version of "May Bukas Pa" – the theme of one of my favorite TV series of all time.

For the first time, I was listening, really listening, to the beautiful melodies of the crickets and katydids as half the world slept.

My poem was eventually featured on the August 2017 edition of The Year of The Poet, a literary anthology published by Inner Child Press based in South Carolina.

Here is a short excerpt:

"I am looking into my eyes,
and for the first time,
I am seeing who I really am,
I am seeing my true being
and it is a wonderful feeling..."

I had a book of poems with me that night. I love the young English poet John Keats, who was born on this month 222 years ago, more than I can put down in words.

I read aloud "Ode To A Nightingale," the poignant pouring of his soul with a subtle hint about taking one's own life. A psychologist friend once asked me if I had ever thought of doing it.

I said Yes, I have. I was in deep contemplation about it on that quiet, sacred night. And I've realized, as seductive as the idea can be, that it is not my path.

I've also recited "Endymion" under the light of the moon near the break of dawn. By coincidence, and coming into full circle, I'm playing today my recording of the timeless opening of this romantic epic:

"A thing of beauty is a joy for ever:
Its loveliness increases; it will never
Pass into nothingness; but still will keep
A bower quiet for us, and a sleep
Full of sweet dreams, and health, and quiet breathing..."

To Last A Lifetime 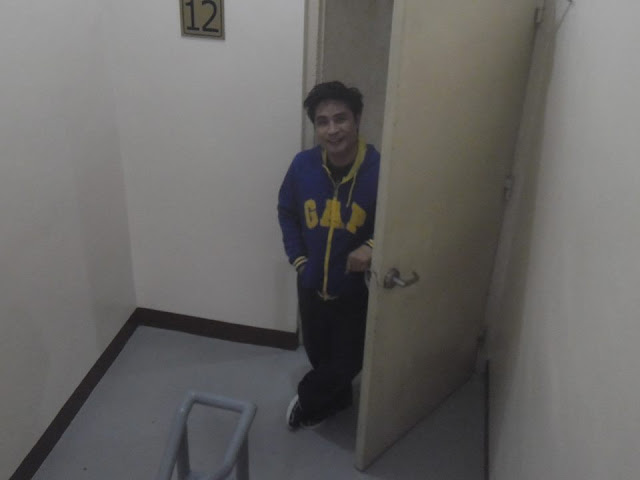 For the way my path is unfolding, I can only say "Thank You!" to God. My life is a smooth flow of wellbeing and a steady sense of moving forward.

I'm filled with gratitude because my lovelife, career, health, finances, and indeed, all areas of my life, are going extremely well.

I'm into a lot of new things right now, and I'm thankful to see progress and kaizen (continuous improvement) in all of them at the same time. Yet I don't feel pressured or overwhelmed – for which I'm also grateful.

I'm taking my own sweet time with some, like writing my new novel and studying for my international TEFL certification, because I'm enjoying every minute of it.  Others, like working out and using virgin coconut oil, are for keeps. But what gives me the most joy is the one I love, whom I love more than life itself.

If what I feel right now can be put into music, it would be from my beloved Jose Mari Chan:

"...We have more
than one adventure to take,
more than one dream to make
in our lifetime,
as for me, there's only one dream
and that's to love you, my love,
with a love to last a lifetime..."

I was recently asked how come I believe in God but I don't belong to any religion. All I said, before suavely changing the subject, was: "I have the most profound respect for other people's beliefs."

That reminded me of Ralph Waldo Emerson, one of the deepest influences in my life. His writings have the mystic quality that shows he knows more than what he was saying. He also wasn't religious in the conventional sense, but his wisdom transcends creed.

"If the noblest saint among the Buddhists, the best Mahometan, the highest Stoic of Athens, the purest and wisest Christian could meet somewhere and converse," he said, "they would all find themselves of one religion."

Ralph is also the author of the 1834 immortal poem "The Rhodora." By coincidence (and my life is filled with those), I'm playing today my recording of it:

"...If the sages ask thee why
This charm is wasted on the earth and sky,
Tell them, dear, that if eyes were made for seeing,
Then Beauty is its own excuse for being..."

The Rhodora
On Being Asked, Whence Is the Flower?
Ralph Waldo Emerson

A Love To Last A Lifetime
Jose Mari Chan

The Voices of Angels

"Show me a waterfall. Thank you."

The first thing I did this week was to ask God for a waterfall. I wanted a sign from the universe that is meaningful for me.

Why a waterfall? I love water so there is a personal connection, yet I don't have any emotional baggage about it. In other words, there is no resistance.

It was Monday morning. I went to Perpetual Succor, and when I entered the lobby, I saw a line of people at the elevator. As I came near, the doors opened and we all came in together.

That was so cool. One of my mantras is "Clear path and perfect timing." So I almost laughed out loud when the place I was going to was closed with two minutes still to go – then I knew why.

I strolled around the corridor. Then I saw a large HDTV on one of the offices where "Moana" was showing. I saw through the glass doors as the young heroine ran through the paradise island – with the most majestic and the most breathtaking waterfall I ever saw.

I have seen so many sweet days in my life. I cannot find the words to say how grateful I am for them, and for more of those that are coming. Here is what I wrote last Thursday:

The first thing I heard this morning is the sweet music of bird songs.

The second is the "I Am" meditation tape created by James Twyman (creator of the inspiring film "The Moses Code") which, as Wayne Dyer said in the introduction, really puts me in a deep theta state where I can feel that part of me that is more than me.

I always start the day with the same advice I just shared in an Abraham Hicks group on Facebook: "Go general." It means telling myself that "I don't have to do figure everything out this red-hot minute" and that "Everything is always working out for me."

The third I heard is an intuitive whisper telling me to stop trying to manifest the new things I just wrote on my notebook – but to just allow them to come by not worrying at all.

We all want things that we have yet to see, hear, smell, taste or touch. They, to use a linear analogy, are not in the present and not in the past, but in the future – and the future is coming.

I received that gift of epiphany from the source of all music, poetry and inspiration. It is what Paulo Coelho describes, in a beautiful quote just shared by a beautiful friend with a beautiful soul, as "The voice of angels."

The immortal Elizabeth Barrett Browning wrote "Sonnets from the Portuguese," first published in 1850, for the love of her life – the great poet Robert Browning.

This was her own original creation. The "Portuguese" part was her ingenious way of expressing her most intimate feelings without embarrassment, especially during the Victorian era where displays of emotions are not as accepted as they are now.

A sonnet is a poetic form of fourteen lines with a clear rhyme structure and rhythm. Her work is acclaimed as the finest written in English since William Shakespeare’s "Sonnets" in 1609, and rightly so. My favorite is Sonnet 43, more famously known as "How Do I Love Thee?" Let me play that now.